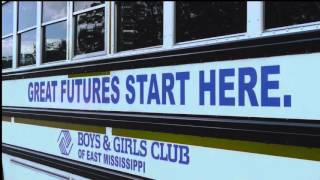 The staff of Kia of Meridian will do more than sell cars this weekend as they plan to put on a three-on-three basketball competition. An event Myron Moses says that sends proceeds to a worthy cause. The staff at KIA says along with the competition there will plenty of food and fun for visitors. Ricky Hood who serves as director for the Boys and Girls Club says they are honored that KIA chose them for the benefit. Hood said that due to their organization being non-profit in na
16 views0 comments