Around noon yesterday a bomb threat message was found on the door of the Lauderdale county annex building. Chief deputy Ward Calhoun says that they are currently searching for the person responsible. "At 12:20 and employee returning to the courthouse discovered a note taped to the door indicating there was a bomb inside set to go off at 12:30. Based on that we followed the evacuation drill and removed everyone from the building. Law enforcement officers went on each of the fl
13 views0 comments 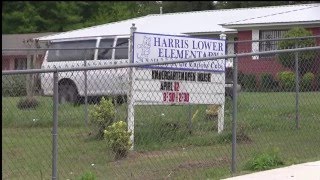 What should have been a typical Monday morning for students in Lauderdale county became an unplanned short school day. Headmaster for Russell Christian Academy, Joey Knight says immediate action was needed after an unexpected message reached the campus. “Early this morning shortly after eight o'clock we were notified that our school was listed among other schools as having a bomb threat. Immediately we called the Lauderdale County Sheriff's department. Even before they arrive
21 views0 comments