Meridian police are looking for two suspects involved in an armed robbery. Police say last night two black males walked into a Cefco store in the 1600 block of 14th Street and robbed the clerk at gunpoint. They say both suspects were wearing hoodies and left running on foot. There were no reported injuries. If you have any information, police ask that you call the Meridian Police Department or East Mississippi Crimestoppers at 855-485-8477. #MeridianPoliceDepartment
16 views0 comments
Chelsea Jones

A Meridian woman is now in jail after police say she set her boyfriend on fire. It happened last month at the Cefco gas station on Highway 19. Police say 21-year-old Tykairre Rice and her boyfriend were horse playing while pumping gas. They say Rice asked her boyfriend to stop, and when he continued, she pulled the gas nozzle out and sprayed gas on him. She allegedly then took a cigarette lighter and set him on fire. Police say her boyfriend suffered burns to one side of
18 views0 comments
Chelsea Jones

Meridian police responded to a domestic shooting last night. It happened in the 5700 block of 5th street around 7 p.m. The shooting suspect, Jule Boler, appeared in court today. Police say Boler and a man he knew got involved in an argument. They say Boler pulled out a gun and fired 13 times, hitting the man once in the back. The man was transported to the hospital where his injuries were not life threating. During the preliminary hearing, Boler’s bond was set at $75,00
18 views0 comments
Chelsea Jones

After being caught in Kansas, a man charged with murder, attempted murder, and attempted armed robbery appeared in court today. Meridian police say 28-year-old Travis Conner shot and killed Donnikia Clark on October 7th on 18th Street during an argument. Conner was also the suspect in an armed robbery at the 24th Avenue Family Dollar last month. Police say he shot a clerk during the robbery. In court, Conner chose to waive his right to preliminary hearing. He has a total
17 views0 comments
Chelsea Jones

Meridian police continue their investigation into a shooting death that happened Friday night. Police say the suspect is still on the run. The shooting happened in the 3900 block of Railroad Street. When officers arrived at the scene, they found a black male inside a vehicle who had been shot. His body has been sent to a crime lab for an autopsy. Police ask that if you have any information about the case, to call the Meridian Police Department or East Mississippi Crimest
25 views0 comments 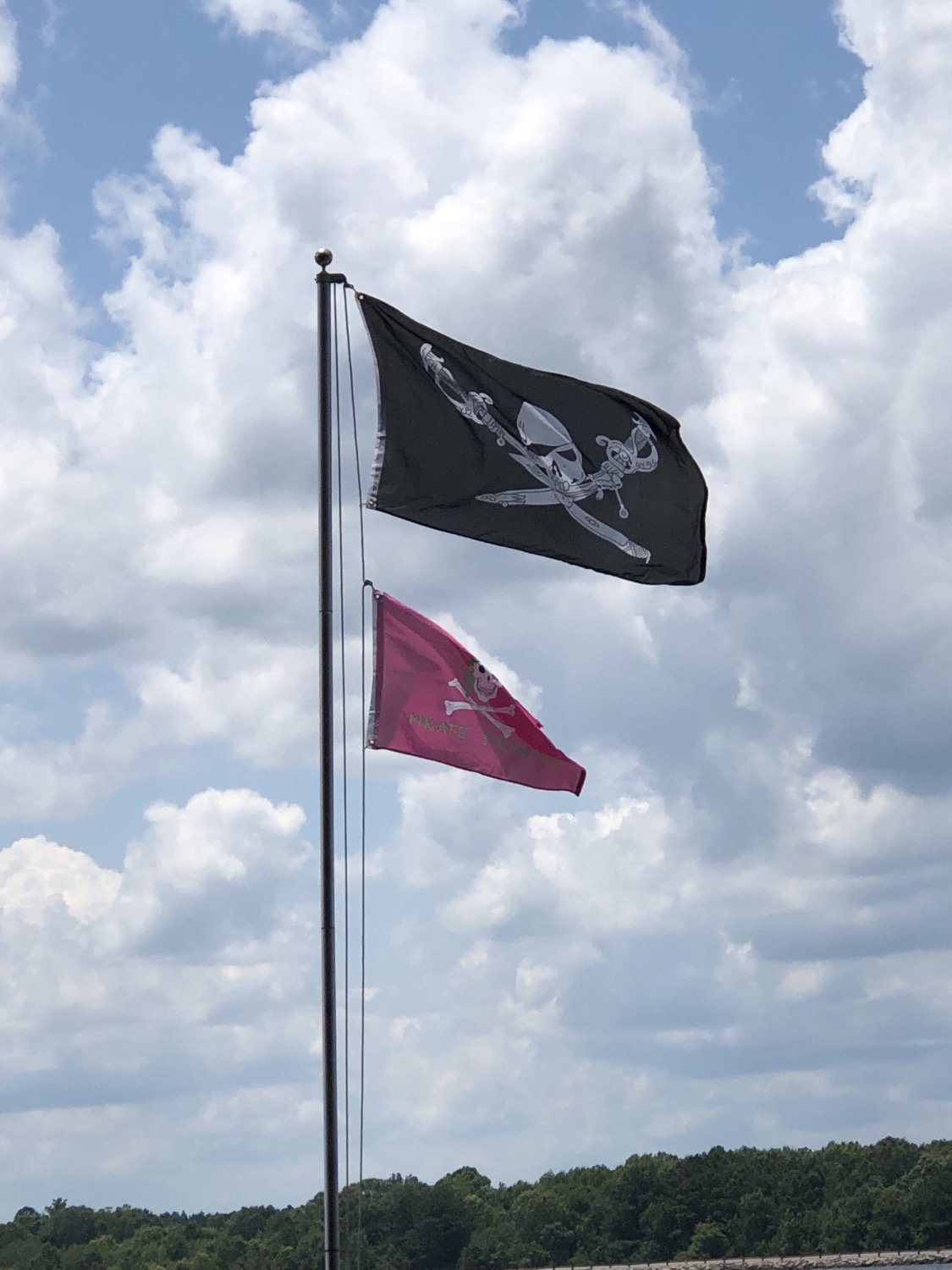 Meridian police are looking for persons of interest who may responsible for shoplifting merchandise from Bonita Lakes Mall Wednesday afternoon. “The manager and the employees at Victoria Secret called security and security called Meridian police department to alert us. They had four black females that just left the store. They gave a tag number. They were able to find a tag number displayed on the vehicle,” said Meridian Polcie Sgt. Dareall Thompson. He said police went sea
72 views0 comments
Chelsea Jones

Meridian police need your help in finding a man accused of attempted murder. Police say Justin Rogers shot into an occupied dwelling in the 3900 block of 19 court on July 7. He is also wanted for attempted armed robbery. They say Rogers is armed and dangerous. If you have any information about Rogers’ whereabouts, contact the Meridian Police Department or call East Mississippi Crimetstoppers at 601-485-8477. #MeridianPoliceDepartment
15 views0 comments
Chelsea Jones

Meridian police arrest a suspect in connection to a shooting that happened last month in the 4600 block of Paulding street. Police say man was shot five times. He was taken to the hospital and had no life-threatening injuries. Police took into custody 19-year-old Jerry Williams who was found in possession of cocaine. Thursday Williams appeared in court. “Around the 31st of August, we received a call-in reference to a male subject that had been shot. Ever since this incid
26 views0 comments
Chelsea Jones

Meridian police are mourning the death of police recruit, Quentin Pollock. He was one of the ten recruits hired to the Meridian Police Department back in July. Police said 21-year-old Pollock was found dead from a self-inflicted gunshot wound around 7:30 Saturday morning in Kemper County. “Quentin was one of those rare people that when you meet him, you look in his eyes, and you realize that he’s a beautiful human being. It’s very tragic and heartbreaking because we could
165 views0 comments
Chelsea Jones

Meridian police continue their search for suspects they say were involved in a shooting that happened Wednesday night in the 4600 block of Paulding Street. A victim was shot five times. Police say the victim was taken to a local hospital by a personal vehicle. “We believe an argument started between these individuals. What lead to the shooting, we are still trying to determine that,” said Sgt. Dareall Thompson. Police say the victim underwent surgery and that his injuries
8 views0 comments
Chelsea Jones

Meridian police are searching for this unidentified man they say robbed Great Southern Bank located in Bonita Lakes Circle Thursday afternoon. “He’s described as a white male wearing a camo cap,” said Sgt. Darreall Thompson. Thompson said just before 3:00 p.m., the suspect walked into Great Southern Bank and handed the clerk a note demanding money. “The clerk followed the instructions from the note. The clerk said she never saw a weapon but the note stated some things, I gue
26 views0 comments
Chelsea Jones

Training is in session at the Meridian Public Safety Training Facility. Meridian police recruits are preparing for the tough job ahead. “The training is rigorous. It is rigorous. This is not come out, sit in class for four or five hours,” said Rochester Anderson, a Meridian police officer leading the training. Starting at 5:45 a.m., recruits begin performance-based drills. “The recruits, they learn to always be at an accelerated pace when they do things. Slow to come to a
60 views0 comments

The increase in police pay is doing good things for the Meridian Police Department. “I think it has increased the visibility of patrol cars on the street and we want to maintain that,” said Police Chief Benn Dubose. In September 2016, city council voted to increase the starting pay of police officers from $11 per hour to $15 per hour. “We have recruited 37 officers. Thirty-one were lateral transfers, meaning that they had experience working in other departments. Also, 16 we
41 views0 comments
Chelsea Jones

Human trafficking happens all over the world, even in Lauderdale County. Tuesday, first responders attended a training to learn how to fight the problem. “It’s a major problem. I’m not sure how big of an issue it is in Meridian, but I’m sure it exists in the surrounding county. It’s a lot bigger than what anybody thinks,” said Ricky Leister, deputy chief of the Meridian Fire Department. According to statistics, 75 percent of victims and survivors of human trafficking say t
22 views0 comments
Chelsea Jones

More details unfold in the quadruple shooting that happened in the highway village apartments on July 6. The third person arrested for the shooting appeared in court Monday during a preliminary hearing. Detectives told the judge that 14-year-old Michael Williams joined 20-year-old Kudarrius Tubbs and 19-year-old Cedmondray Lewis in shooting towards a playground full of people. Williams said Tubbs and Lewis had hopes of targeting black disciples gang members, in retaliation
29 views0 comments
Chelsea Jones

Bond has been denied for a man charged with capital murder in the death of a three-year-old girl. Meridian police arrested 25-year-old Joshua Salovich on Saturday after he and the girl’s mother took the child to emergency. “He was initially charged with felony child abuse, but after the infant died as a result of injuries that Saturday, his charges were upgraded to capital murder. At that time, it was a $1 million bond, but after the prelims, the judge determined there shoul
38 views0 comments
Chelsea Jones

Nine new police officers will be patrolling Meridian’s streets soon. “Today starts their first day with us, so they actually start their first training today,” said Meridian Police Capt. John Griffith. After yesterday’s installation ceremony, the nine new hires are now headed to the police academy, where they will undergo classroom instruction and physical conditioning. “As our numbers come up, it gives us more officers on the street, which give us more visibility. It also g
195 views0 comments
Chelsea Jones

Two suspects accused of a quadruple shooting in the Highway Village Apartments on 16th Street appeared in court yesterday. 20-year-old Kudarrius Tubbs and 19-year-old Cedmondray Lewis stood before a judge during a preliminary hearing. “The gang unit of Meridian S.W.A.T. went Saturday morning and served a search warrant where one suspect was taken to custody. The other suspect turned himself in Sunday,” said Meridian Police Capt. John Griffith. Police said around 7 p.m. Thur
24 views0 comments
Chelsea Jones

Meridian police are looking for a suspect involved in a shooting that occurred Sunday night. A man was shot just before 10 o’clock in the 3700 block of 19th Court. “One person was transported by metro to a local hospital. At this time, we are currently investigating and still at the scene,” said Sgt. Dareall Thompson. He said the male victim was alert and talking to investigators on the way to the hospital. The victim had to undergo surgery. Police are trying to learn more
14 views0 comments
1
2
bottom of page